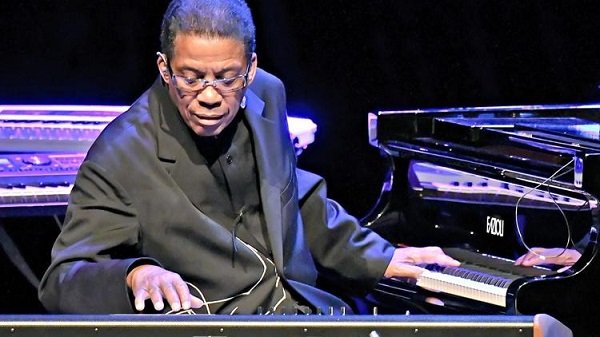 Jazz luminaries Herbie Hancock, Paquito D’Rivera and Wycliffe Gordon will perform a benefit concert with the Marjory Stoneman Douglas Jazz Band May 22 at the Coral Springs Center for the Arts.

The performance, which will include the Coral Springs Middle School Jazz Band, will send proceeds to the Alex Schachter Scholarship Foundation, as well as the MSD and CSMS band programs. Schachter, a trombonist, was among the 17 victims of the Feb. 14 shooting at Marjory Stoneman Douglas High School.

Tickets for the concert, called What We Play Is Life, cost $20, $30 and $40. A pre-concert reception with appetizers and desserts, sponsored by the Cheesecake Factory, costs $20. For tickets and more information, call 954-344-5990 or go to TheCenterCS.com.

A revered keyboardist and bandleader who began his career as a member of the Miles Davis Quintet, Hancock recently announced that he is at work on his first album in nearly a decade, enlisting the help of Pulitzer Prize winner Kendrick Lamar, bassist Thundercat and West African guitarist Lionel Loueke, among others.

Clarinetist and saxophonist Paquito D’Rivera won the most recent of his 14 Grammy Awards in 2014 for the album “Song for Maura.”

The Alex Schachter Scholarship Foundation was created by the 14-year-old’s father, Max Schachter, to support the Stoneman Douglas Marching Band his son performed with, as well as programs that improve school safety. For more information, go to AlexSchachter.org